To finance their country’s army, Kalush Orchestra sells its Eurovision trophy for $900,000

Roy B. Westling May 31, 2022 Orchestra country Comments Off on To finance their country’s army, Kalush Orchestra sells its Eurovision trophy for $900,000 4 Views

It is the 97th day of the Russian-Ukrainian war and the situation continues to deteriorate. Nearly 7 million people have fled their home countries, while millions more continue to wonder what the next day will bring. One thing is certain – people continue to fight in the hope that the nightmare will finally end.

This year’s Eurovision winner Kalush Orchestra has joined in helping the Ukrainian military by auctioning off the crystal trophy and iconic pink hat that Oleh Psiuk wore during the performance of Stefania. However, they weren’t the only ones as Lithuanian journalist and influencer Andrius Tapinas launched his own initiative. Let’s dive into the details.

Ukraine’s Kalush Orchestra have been crowned winners of the Eurovision Song Contest 2022. Stefania – a sung-in-Ukrainian tribute to Psiuk’s mother who fuses rap with traditional folk music – was in fourth place after the announcement points from national juries, but took first place thanks to a record number of votes from viewers.

Returning to their homeland in mid-May, they set to work supporting Ukraine’s war efforts. From charity concerts to the crystal trophy auction, they do what they can before joining other Ukrainians on the battlefield.

They auctioned off the crystal statue, along with leader Oleh Psiuk’s pink hat, raising more than $1 million for Ukraine’s war efforts. 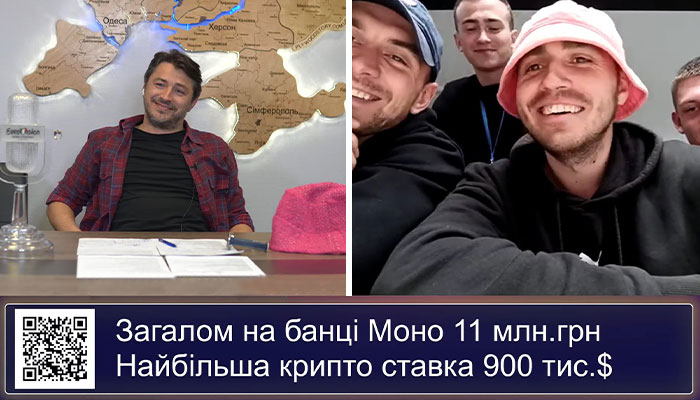 The auction for the winner’s statue began on May 29, led by Ukrainian TV presenter Serhiy Prytula. Singer Oleh Psiuk’s pink bucket hat he wore during the performance was also added to the auction.

The funds raised will be used to purchase the PD-2 unmanned aerial system, which includes three drones and a ground control station, for the armed forces, Prytula said at the auction. By the end, the group had raised over $1 million for Ukraine’s military and war efforts; $900,000 for the statue and an additional $370,000 for the hat, as reported by The Guardian.

Funds raised will be used to purchase the PD-2 unmanned aerial system, which includes three drones and a ground control station 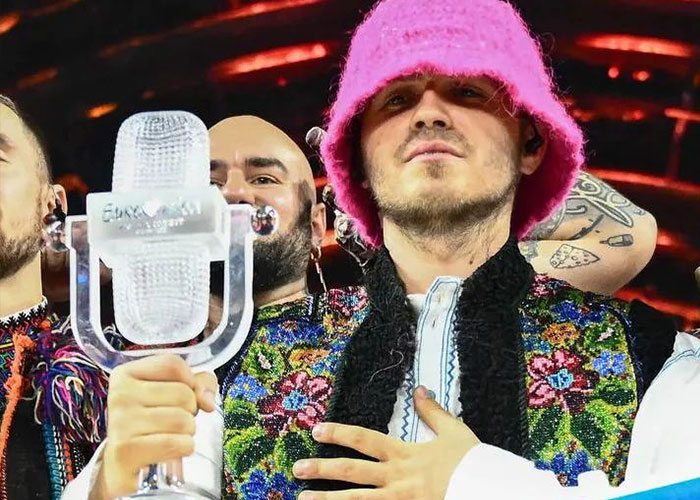 Whitebit, a cryptocurrency exchange owned by Vladimir Nosov and Oleg Kayin from Estonia and Ukraine, bought the trophy with 500 Ethereum. The hat will go to the Czech Republic, however. It is said that there were an impressive 31,088 entries in the hat auction.

“My friends, you are amazing! We are grateful to each and every one of you who donated money to this auction,” Kalush said in a Facebook post. “Glory to Ukraine! Glory to the Armed Forces!

“We are grateful to each and every one of you who donated money to this auction,” Kalush said in a Facebook post. “Glory to Ukraine! Glory to the Armed Forces! 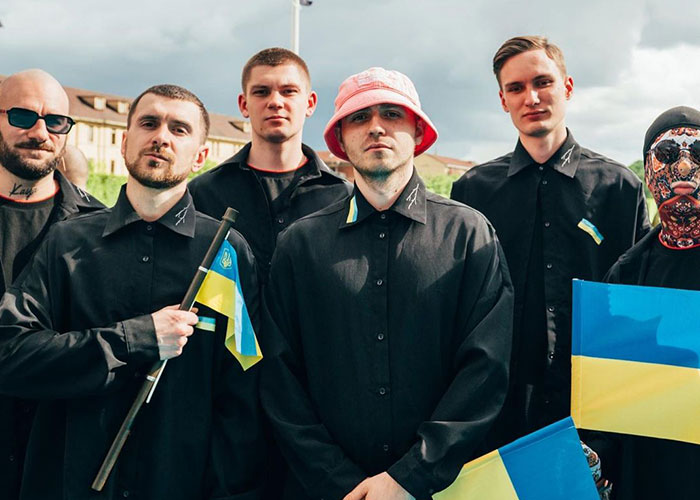 However, they were not the only ones, as Lithuanian journalist Andrius Tapinas launched an initiative to purchase a Bayraktar TB2 military drone for Ukraine. 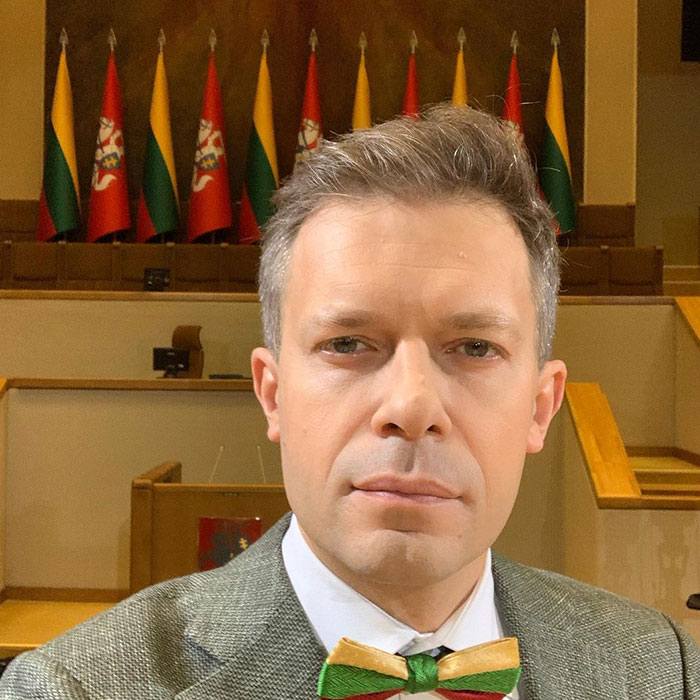 However, they weren’t the only ones buying equipment. Lithuanian journalist and social media personality Andrius Tapinas has launched a crowdfunding campaign to purchase a Bayraktar TB2 military drone for Ukraine.

Manufactured by the Turkish company Baykar, they were used during the four months of the ongoing war by the Ukrainians, a missile launched from the vehicle destroying a Russian landing ship near Snake Island in the Black Sea, as reported reported LRT. 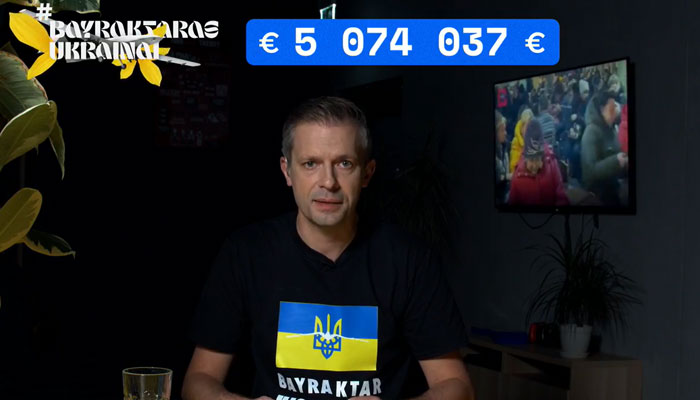 “The Defense Ministries of Lithuania and Turkey gave the green light, the manufacturer said yes. And now one word is ringing in my head – Bayraktar,” Tapinas wrote in a Facebook post.

The response from the people, both inside and outside Lithuania, has been incredible, with the impossible becoming quite possible.

The campaign’s goal was to raise €5 million in three weeks with Tapinas’ own media company, Laisvės TV, contributing €62,000 remaining from previous support campaigns for Ukraine. However, they didn’t need three weeks, as 5,915,207 euros were donated in less than a week.

The response from the people, both inside and outside Lithuania, has been incredible, with the impossible becoming entirely possible. 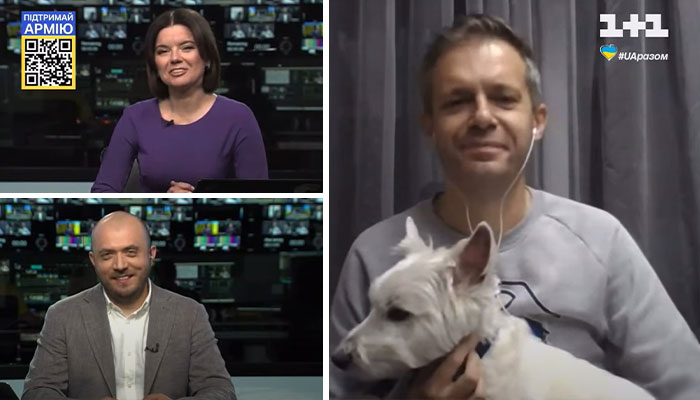 In a Facebook post, Tapinas thanked everyone who participated: “We received donations from all over the world. Hundreds of transfers came with foreign names and I sincerely thank all the Latvians, Estonians, Poles, Danes, Germans, French, Americans, Japanese, Swedes, Dutch, Canadians, Norwegians, Italians and others who participated.

One of Ukraine’s biggest TV channels, 1+1, invited Tapinas to talk about the initiative and its importance.

Laisvės TV plans to transfer the money to the Lithuanian Ministry of Defence, which will be negotiating with Turkish manufacturers of Bayraktar 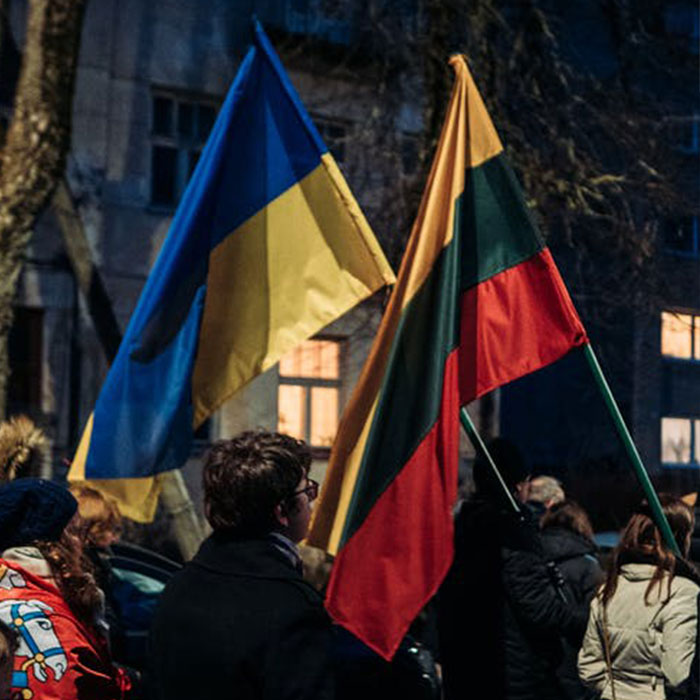 Laisvės TV plans to transfer the money to the Lithuanian Ministry of Defence, with representatives who will travel to Turkey to begin negotiations and construction of the Bayraktar.

The drone will be purchased and handed over to Ukraine as soon as possible, Defense Minister Arvydas Anušauskas said on Sunday May 29. According to the minister, “Ukraine has the control equipment, qualified people to operate [the Bayraktar].” More news to come shortly.

Support for Ukraine comes both from within and from neighboring countries, but propaganda and negativity follow close behind 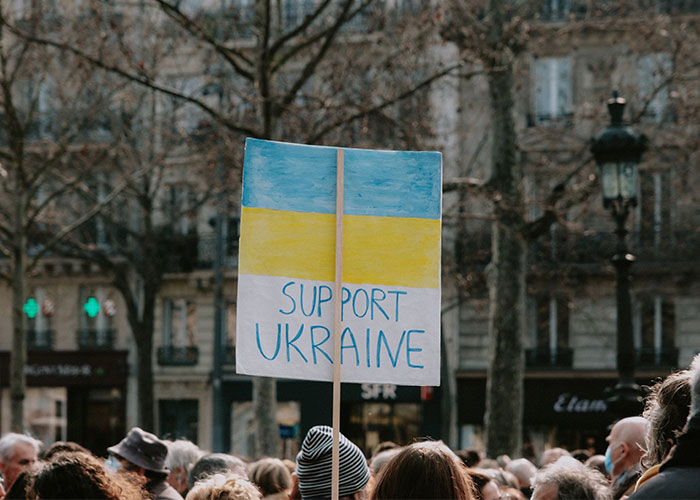 However, the propaganda machine is to be applauded, as already there are rumors that the Bayraktar was shot down after only 3.5 minutes of flight.

Tapinas humorously said in a Facebook post: “Russian propaganda on social media has spread the message that our Bayraktar has already been overthrown. Being able to shoot down an unpurchased unmanned aircraft that is in the factory requires incredible anti-aircraft artillery.

Either way, both acts are commendable and the unity between neighboring countries speaks volumes.

We continue to watch developments in the war, hoping for its speedy conclusion. 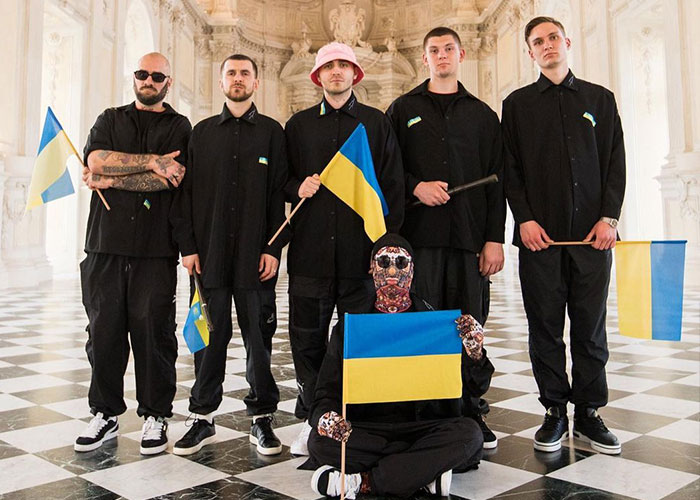 If you would like to support Ukraine during this difficult time, I will leave a link to resources here. We can do more than hope the war ends soon.

Leave your thoughts in the comments below as I’m sure there will be discussion. I wish you all a safe day!

People sent their support, both for Andrius Tapinas and Kalush Orchestra. Leave your thoughts in the comments below