The Tanglewood Music Center Orchestra’s first appearance each summer always arouses interest: it’s the first performance of an orchestra that didn’t exist a few weeks earlier, made up of around 100 musicians from around the world who spend eight weeks in as TMC Fellows, with an intense program of chamber and orchestral music rehearsals and coaching by leading musicians, to learn how to make the most beautiful and expressive music possible. In their orchestral concerts, they are led by the Summer Fellowship’s young conductors, who, in turn, are coached by master conductors, beginning with Boston Symphony Music Director Andris Nelsons and continuing with guest maestros.

Monday night at the Koussevitzky Music Shed, a Fellowship conductor conducting at the start of each half and Andris Nelsons at the end of each. Although Fellowship conductors are unquestionably young, they have already gained a wealth of experience before coming to Tanglewood.

Rita Castro Blanco, originally from Portugal, who has conducted several ensembles on the Iberian Peninsula and from 2019 to 2022 was the principal conductor of the Huddleston Philharmonic Orchestra after obtaining her master’s degree from the Royal Northern College of Music; she made a fiery entrance for the opening, Ravel Couperin’s Tomb. Ravel composed his elegant homage to French culture composed during World War I as a piano piece, then orchestrated it just after the war, dedicating the movements to friends who died in the conflict. He designed his homage to the music of his native land with his characteristic restraint and rich colorism, for an orchestra of modest size. Castro Blanco maintained the delicacy that characterized much of the scoreline and let loose energetically in the spirited finale Rigaudo.

Nicolò Foron, from Genoa, Italy, who has worked extensively with the Ensemble Intercontemporain in Paris and has also worked in Holland, Bulgaria, Germany and London, took over for the second half. After early studies with Jorma Panula, he continued his studies of orchestral conducting, piano and composition in Amsterdam before obtaining a master’s degree at the Royal College of Music and obtaining an artist’s diploma at the Royal Academy of Music of London.

Foron projected the painful lyricism of Schubert’s main familiar themes Unfinished Symphony, while shaping the dynamic range to emphasize the high points as they surged from the subtle pulsation of the lower strings. The second movement, the last Schubert finished, floated in its celestial sonority into rapturous silence.

Andris Nelsons ended the first half with one of Strauss’ symphonic poems, Death and Transfiguration, an evocative score that shifts from a deathbed scene illustrating the final mortal experiences of a dying artist who “had fought for the highest ideals”, but whose body collapsed, leaving him weak and ill somehow leaves before the goal of his life. Strauss’ imaginatively colored score evokes memories of the artist from childhood to his first glimpses of his ideal and the pains of his final moments. Nelsons has handled all of these passages with a precise clarity that delineates the musical images in their intertwining. When a momentary silence indicates the passage of life, the theme of the artist’s ideal returns in progressively expansive affirmations, which Nelsons built up to the ecstatic climax of the artist’s accomplishment. 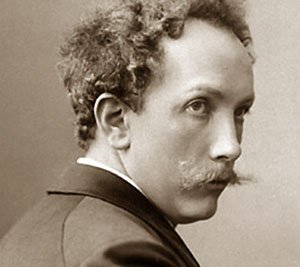 Nelsons concluded the concert with something different from the lofty swell of Transfiguration music: Strauss’ famous “Dance of the Seven Veils” Salome, in which Herod’s daughter-in-law grants his request to dance for him by performing a salacious striptease in which she removes, one by one, the seven veils with which she has adorned herself. Very few singers have danced to their intended end over the past few decades. The Met’s debut had caused such outrage that the opera was omitted for years.

It is amusing to read that Strauss confessed to Stefan Zweig, the librettist of his opera Die schweigame Frau, that “no one has composed kitsch better than me”. This dance, the last part of the opera that Strauss wrote, combines drums with sounds close to the Orient, moaning winds, first moments of near silence and slow, muffled steps where Salomé begins, very slowly to to undress. Nelsons steered the dance with precision through different tempos and characters, gradually progressing to the final violent outburst. Strauss may not have intended it to be graceful music, but under Nelsons’ baton it has immense effect.

Steven Ledbetter is a freelance writer and speaker on music. He earned his BA from Pomona College and his Ph.D. from NYU in Musicology. He taught at Dartmouth College in the 1970s, then became a program annotator at the Boston Symphony Orchestra from 1979 to 1997.

The Ensemble Theater kicked off its 2023 season, featuring 10 plays, including three world premieres …