“This is one of the most ambitious presentations of the Canberra International Music Festival to date,” said ACT Arts Minister Tara Cheyne. She echoed comments from CIMF President Geneviève Jacobs opening the 2022 festival season based on the “Pole to Pole” concept. Jacobs described Canberra’s beloved festival fixture as ‘this big warm and sometimes messy family’. Looking at the approximately 70 performers crammed onto this small stage at The Fitters’ Workshop in Kingston, we wondered where CIMF might go in the years to come.

This occasion was the first of two gala performances of Haydn’s oratorio Creation completed in 1798. Once a staple of the repertoire of choral societies around the world, Haydn’s sprawling 150-minute masterpiece isn’t performed so often these days. Maybe because it was written in Handel’s shadow, maybe because of its disputed Anglo-German origins, maybe because the oratorio form itself has gone out of fashion, maybe because the old theology, or even the Bible itself, is not so widely held. read nowadays. Or is it too long to endure in an uncomfortable setting? (And, God knows, the director of the CIMF would never, ever accept cuts!) Be that as it may, we can dispense with all the religious apprehensions preceding the Age of Enlightenment and experience the work as a music.

And what splendid music it is too! Haydn divides the Creation of the world into three parts, encompassing the seven days of creation. Three soloists take on storytelling roles, as assorted angels, even biblical characters like Adam and Eve. As in Bach and Handel, a mixed choir offers reflective moments of commentary and reflection. A classically sized full orchestra painted from a vivid palette of colors and moods.

There is no doubt that this CIMF presentation was the first period-style performance ever in Australia. That’s not a lofty claim, as the “original instruments” style didn’t really take root here until about 50 years ago, some time after its Dutch, British and Boston ancestors. On this occasion, the 33 instrumentalists of the Australian Haydn Ensemble, led by violinist Skye McIntosh, brandished their own period instruments, leaving aside customary practices such as vibrato and exaggerated tempos and dynamics. A lower tuning fork (A=320) is deployed, deploying new ribbons of colors.

Likewise, the 33-member Sydney Chamber Choir, conducted by Sam Allchurch, provided exemplary models of what a classical choir would have sounded like. Overall, the three soloists were reasonably well matched, and all had near-perfect diction. This was facilitated by the projection of the text above the performers.

This impressive Sydney-based tenor, Andrew Goodwin, has risen from his evangelist pulpit to create some truly dramatic roles. New Zealand baritone James Ioelu has a great palette of colors and dynamics, but has taken a little while to settle into his roles. It will be instructive to hear him later in the week (12pm, Sunday May 8) in more fleshed out form when he sings Vaughan Williams Travel songs.

The undisputed vocal star of the evening was soprano Alexandra Oomens. Not yet 30, this Sydney-born but now London-trained/based singer flew to Australia three days before these performances and will leave three days after. Oomens is a real star to watch, engaging and glamorous on stage, equally at home in Janáček’s operatic roles as he is in oratorio performances. Perfect, it has a clear and light sound, resounding, even in all registers. Peelman can be very proud of his “discovery”, and we hope that Oomens will be a regular member of his CIMF family, perhaps also in recitals and contemporary music. 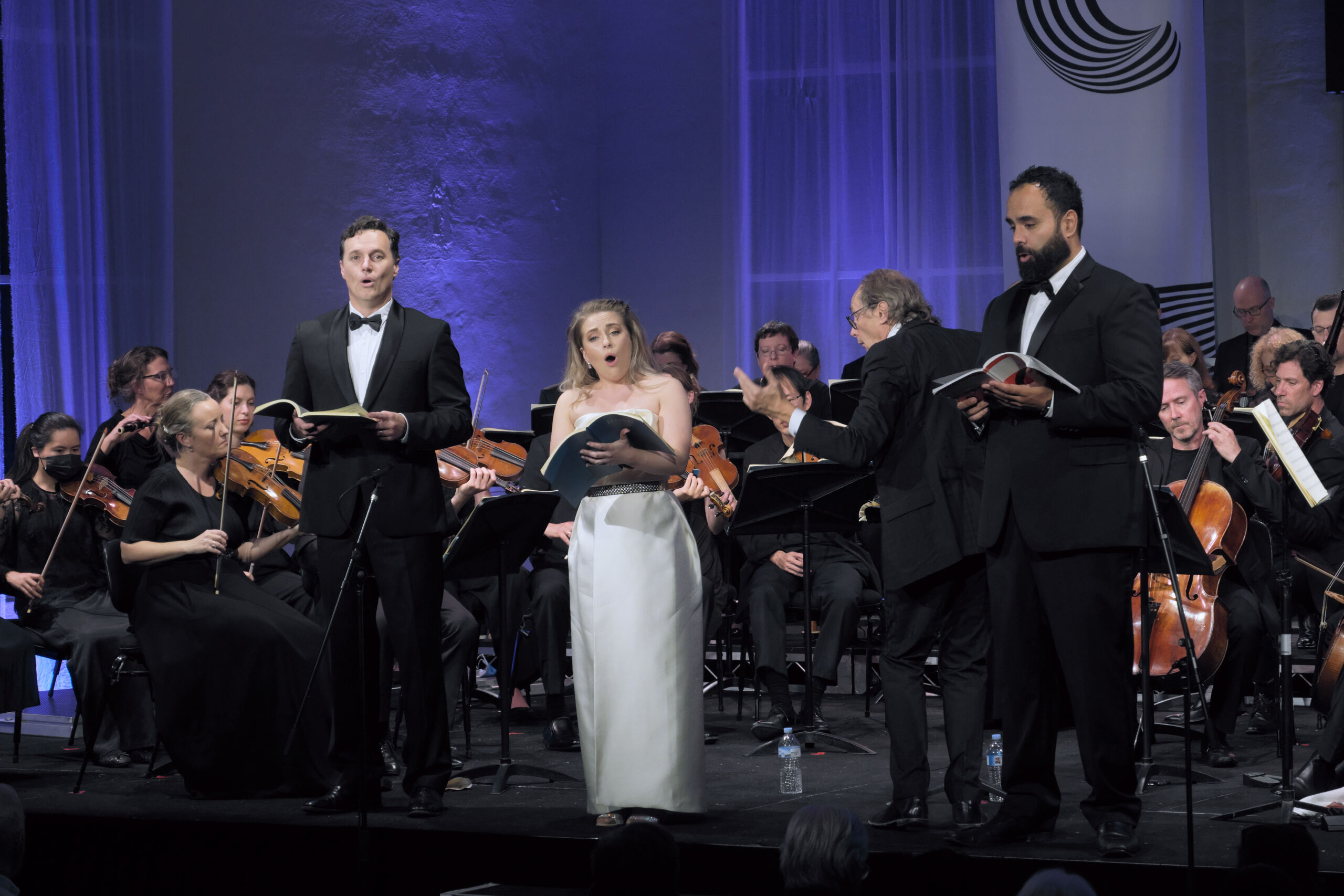 Peelman approached this rather massive undertaking with characteristic authority and flair. Everything he performs is well researched, researched and meticulously presented. Whether as a conductor or a pianist, he is able to draw irresistible performances from his singers and instrumentalists. Their enthusiasm is communicated unadulterated to an audience that is happy to travel wherever Peelman takes them. From pole to pole.

For this listener, what came out Creation – perhaps for the first time in over 30 years – was the new vitality and range of colors in Haydn’s score. The opening itself Prelude to chaos, remains one of the most graphic representations of all music; it even features frequently in contemporary music programs. The explosion of the word “Light” is always startling, causing the audience to startle awake or jump out of their seats. Descriptions of the creation of animals and plants—the roar of beasts and the chirping of birds, the heaviness of the worm—are all pre-Fancy. Adam and Eve’s love duet is as heartfelt as Tristan and Isolde’s. Slowly he realized to this listener that, with a reduced orchestra playing on period instruments, we were hearing the authentic Haydn, the playful Haydn of the opera, Mozart’s buddy, more extroverted baroque than classical interior. This was illustrated most vividly in the dynamic, even somewhat cheeky, fortepiano continuo of Chad Kelly playing one of the most prized instruments in the collection of the Australian National University Keyboard Institute. . 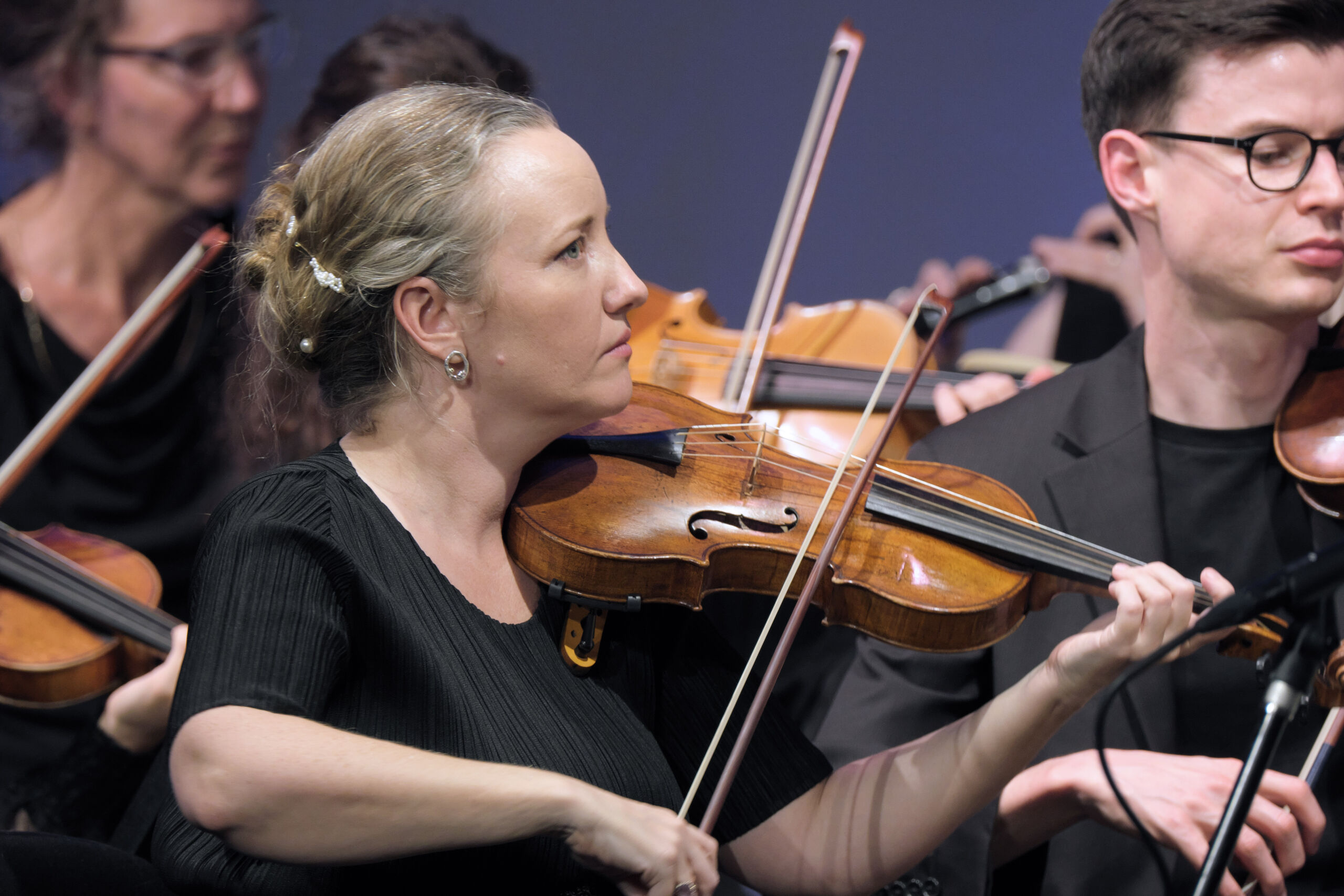 What also impressed was the endurance of the performers. By Sunday evening, all 70 will have paid four The creations in four days: at least one full rehearsal together, two CIMF performances and one performance in Sydney. It would have been interesting to compare Canberra’s performance at Fitters’ Workshop with that of Angel Place on Sunday night. This would surely magnify the shortcomings of the venue in Canberra.

Ever since Christopher Latham, Peelman’s predecessor as CIMF’s artistic director, first presented Canberra at the Workshop (was that in 2014?), I’ve criticized Fitters’ Workshop as a live venue. (Long story, to be developed over the next few days.) Not very popular, admittedly, but I have the feeling that with each festival that passes, more and more Canberrans realize that a dedicated 400 seat venue at small chamber music and vocal performances music is really necessary. Until then, they won’t be able to hear the music properly. Until then, Canberra can hardly claim pre-eminence in Australia’s musical and cultural landscape.

Funding is always the pet peeve. There is never enough, especially for the arts, as Minister Cheyne knows very well. With an estimated additional $600 million on offer to upgrade the nearby Manuka Football Stadium, there must be another solution. Is there an Ian Potter or a mining/media mogul who will rise to the occasion?

Australian Haydn Ensemble and Sydney Chamber Choir will perform Creation back to Canberra on April 30and at the City Recital Hall, Sydney, on Sunday May 1.

Previous Conducting pulls it all together for German conductor Ruth Reinhardt, on her way to San Diego
Next WATCH: Luke Bryan Says Huntergirl Will ‘Carry the Torch of Country Music’ After Magical ‘Idol’ Performance