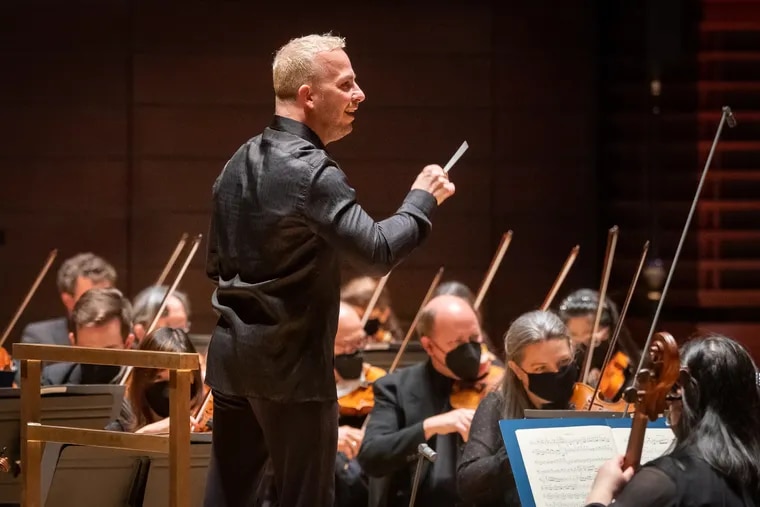 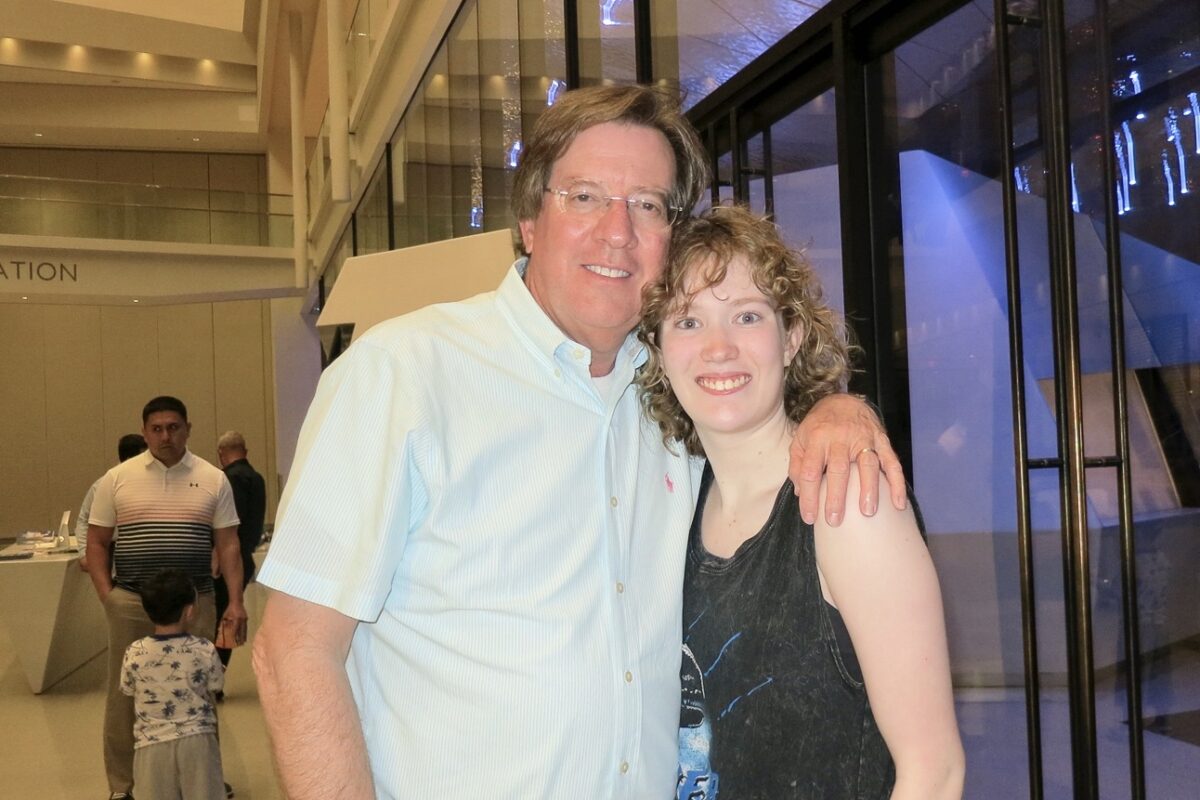 At no point in his life before applying for the job, Aram Demirjian probably imagined himself as artistic director of the Knoxville Symphony Orchestra.

During his first year with the KSO, he guided his musicians through beloved favorite tracks and unfamiliar tracks. And in his youth (Demirjian has just entered his thirties), Demirjian does not lack maturity, but a contagious new enthusiasm.

Aram Demirjian grew up in a family of non-professional musicians

Born in Boston, Massachusetts, and raised near Arlington and Lexington, Demirjian grew up loving American history.

“Lexington is the birthplace of America, where the War of Independence began,” he says. “This is where I became fascinated by the story. I studied it in high school. I was even a tour guide for my summer job, wearing the three wedge hat and everything. I was obsessed with it.

Demirjian grew up in a family of non-professional musicians. His father plays the violin. His mother plays the piano. Her older sister played both of these instruments, but excelled as a singer, before pursuing a career as a journalist. She now works at the Washington Post.

Aram played the cello and sang in a choir and other vocal groups, both at his high school and at the New England Conservatory Preparatory School.

“Music has always been the # 1 extracurricular, the # 1 passion,” he says. “But I was always brought up with the philosophy of making my money elsewhere and spending it on music. I never would have, at any time in elementary school, thought that I would do what I am doing now. Even if you talk to my friends and they’ll say they all saw it coming.

He credits the public school system for fostering the love of music and for having programs to encourage young artists.

“For a music nerd, I was very lucky to go to schools where it was cool to be a musician and I made a lot of good friends, many of whom are still my best friends today. “he said.

Called to be a conductor

He says that the first piece of music that made a deep impression on him was the cello piece “Elegy” by Gabriel Faure. He heard one of his cello teacher’s older students play it in a recital and knew he had to play it himself.

“I remember the first time I played it, having a real emotional connection to the music,” he says. “It was the first. There were many more beyond that.

Another revelation came when he was in a youth orchestra playing Dvorak’s “New World Symphony”, according to Demirjian.

“I was 14,” he says. “The play is kind of what overwhelmed me at that point. Just the phenomenon of an entire symphony orchestra. You have 100 people in a room and they are all doing something individual and yet it is in the service of greater harmony. I became fascinated with how it all worked and became even more fascinated with what everyone was doing than I was in what I was doing in my cello part and I really wanted to be so connected to each and every aspect as possible.

Conducting seemed to be the path to what he wanted. He took some lessons with a conductor when he was 15 or 16, and Demirjian’s orchestra teacher allowed him to conduct his high school orchestra during Demirjian’s final year.

Demierjian then enrolled at Harvard.

“I was studying government and politics and was about to work in Washington, DC, and get a law degree and stuff,” he says.

During his first year, Demirjian realized that it was music, not government studies, that was really his passion.

“I loved the government’s job, but at one point I started to feel like it took some effort. Music takes effort, but at the same time there is a feeling of absence of effort. And I’m always amazed at how deeper and deeper you can go into music and I never tire of going deeper and deeper into music. I am never tired or weary of it.

Demirjian won the post of conductor for the Bach Society Orchestra at Harvard, which has been an institution at the university for 160 years. Former directors of the orchestra include Alan Gilbert, current musical director of the New York Philharmonic; composer John Adams; and Hugh Wolff, who would later be Demirjian’s mentor.

“Being 21 and having an orchestra that does four or five concerts a year and you can do programming and practice marketing and do auditions and lead a rehearsal cycle and everything like that was an invaluable experience that I really didn’t appreciate the importance of this experience until now, when I’m back in a music director position, “says Demirjian.” And something about being on that podium seemed to me. well and I felt like “You know, I could do this!” “

Demirjian graduated in music, then took a year off to prepare to audition for graduate school.

“I decided to challenge myself to put myself in as many new situations as possible. I was always better with people I was close to. Then I decided to just be with new people and have new experiences and not be afraid of that which turned out to be, although initially terrifying, very positive. I have met a lot of new people.

One of these new people was particularly important. During that gap year, an associate asked if Demirjian would be interested in replacing an assistant conductor for the Long Island Youth Orchestra for a tour of Scandinavia. Demirjian says he would normally have said “No”, but he was always wary of new experiences:

“I decided: ‘Of course’. Why not.’ It turns out that one of the chaperones on this tour, I am now married. This is how I met my wife. I will say it was far from the most musically rewarding experience I have ever had, but I can’t even imagine what my life would have been like without this trip.

Demirjian was accepted into the graduate program at the New England Conservatory, where he studied with Hugh Wolff, the professor he had hoped to study with. It turned out to be the right solution.

Demirjian worked for three summers at the Aspen Music Festival, which led to an invitation to audition for the position of Assistant Conductor at the Kansas City Symphony. He landed the job and, during his four years there, became an associate chef.

“Once again, I ended up exactly where I needed to be,” Demirjan says. “It’s a great organization and it was just the right time. They were opening a new concert hall and taking a step towards a new level of play and a new level of national distinction. “

The road to Knoxville

After four years, Demirjian felt it was time to try a job as a music director. Music director Lucas Richman had just announced he would be leaving the Knoxville Symphony Orchestra and this was the first job Demirjian had applied for.

“I applied thinking, ‘OK, this is a little too big and too advanced for me, but I have to practice applying for these positions if I want to get one. Fast forward to a year and a half later, here I am.

Maybe it was Demirjian’s attitude about a conductor’s attitude to the orchestra that was a deciding factor.

Move with the music

Demirjian is a very active conductor. He moves a lot with the music.

“The best times when I’m on the podium is when I feel like the music is playing to me and everyone is kind of one brain,” he says. “These are the times when it’s easiest to relax and the smallest things can have the most powerful impact.

Demirjian, however, wants to change some attitudes about orchestral concerts. He wants to keep old familiar favorites in KSO programs, but he also wants to attract new audiences and showcase new works.

“I want to attract audiences who are artistically curious, who have not necessarily tried classical music or who are curious about classical music, but who did not feel comfortable or welcome or at ease. the right place in the symphony, ”he said. “Sometimes it means younger people, sometimes it means middle aged people. Sometimes that means people in their sixties or sixties who have never been to an orchestral concert. ”

“It comes down to two words for me: challenge expectations. “

With: performances of “Mothership”, Bates; “Until the joyous farces of Eulenspiegel”, Strauss; and “Getaways” from “Catch Me If You Can”, Williams

GREENSBORO, NC (May 5, 2022) —Maestro Dmitry Sitkovetsky, who has been music director of the …